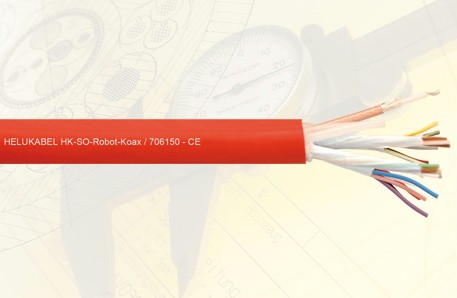 HELUKABEL® descends into the underworld, but only to develop a special cable for controlling channel robots (manipulators). The HK-SO-Roboflex cable was designed, constructed and produced specifically for use in moist, constricted and dark channels. This makes sewer renovation, which is normally inaccessible to humans and better suited to robots, a clean business – at least when it comes to localising potential damage.

This cable features a microbe and hydrolysis resistant sheath in order to withstand adverse external conditions. As the robot can only travel forwards in the channel under its own power (six motors), it has to be pulled backwards out of the channel. That's why the HK-SO-Roboflex uses an aramide fibre structure as a strain relief. The cable transmits live images to a screen in the control centre via a coaxial cable. To prevent the image quality being impaired by the environment, compressed air is supplied through two PA hoses to remove small obstacles and dirt from the camera.